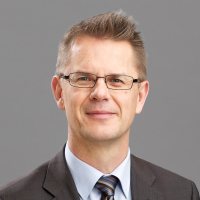 I have written this text for http://www.lotterydaily.com and it is partly edited by Conor Porter.

Lottery companies have traditionally been directly state-owned or at least controlled by the states. The companies have operated in one country and mainly sell lottery games on an exclusive basis. However, the situation has changed in many ways in the 21st century. The digitalization of business has reduced the importance of traditional land borders and made it possible to start new types of business. As a result, competition in the gambling market has intensified, which has also affected lottery companies operating on a monopoly basis.

Economies of scale work very well in the gambling business. Expanding market areas will do little to increase costs for selling games on digital channels. Adding new gambling verticals to the product range increases costs one-time, but these additional costs are also marginal compared to the volume of the total operations. In economic terms, the gambling business could eventually end up in a so-called natural monopoly, with the largest company dominating the entire gambling market in the world. Therefore, there would be a very considerable economic and competitive benefit from economies of scale.

The gambling industry also seems to be of interest to companies traditionally operating in other sectors. To my knowledge, media companies, in particular, have analyzed the possibilities of expanding their operations into the gambling industry. There have even been rumors that the “Big 5” companies, or at least some of them, are considering joining the gambling business. However, there is already an internal consolidation in our industry, where technology suppliers have sought the operator’s role and a few operators have started a B2B business.

The lottery world may still be reasonably at ease, but there are already many signs of a change in traditional activity in our area as well. Most lotteries have started selling their games on digital channels, several companies have expanded their product range beyond lottery games, technology vendors operate games in several markets, ownership of lottery has been shifted to private investors, and Lottoland-type companies have mixed up the monopoly on traditional lottery games.

How should lotteries react to a changed situation? Traditionally, the lottery world has sought to resolve issues through legislation, which has been primarily a defensive struggle in which states have sought to secure the status of their “dairy cows” through laws and regulations. This kind of thinking is still prevalent in many countries, but luckily, lotteries have also been able to change. Keeping up with developments requires a critical review of your own operations and the ability to make the necessary changes. Many times an attack is the best defense. So could lotteries take over from other markets?

As I have said in my previous columns, defining a lottery is pretty challenging these days. The product ranges, operating principles, and ownership bases of the companies in the lottery organizations (EL, WLA) are very different. At the extreme are directly state-owned companies that sell lotto games and scratch cards only through retail channels in their own countries. On the other side are privately-owned companies that operate all gambling products in all channels and many different countries. Therefore, the operation of lotteries cannot be generalized in any way. I will now focus on that other extreme, the members of the lottery world who have entered the international competition.

Among the member companies of the European Lotteries organization, there are at least three different types of models to implement internationalization. The ownership base of lottery companies has changed, and private investors have joined. An example of such a change is the public listing of the French lottery operator FDJ on the stock exchange, in which state ownership of the company fell to a 20-25% level. Another even fresher and more interesting example is the acquisition of SISAL, an Italian company in which Flutter Entertainment, one of the giants of the gambling world, became the owner of the lottery company. Another change occurred years ago when another traditional Italian lottery operator, Lottomatica, and technology supplier IGT (GTech) merged. The FDJ, SISAL, and IGT have in common doing the gambling business in different roles and different countries.

FDJ and IGT are also examples of another way for lotteries to go international. These companies sell gambling-related technology to other gambling companies. For IGT, this has been the company’s core business, but for the FDJ, it is a significant change in which the traditional lottery has expanded into another industry. Years ago, the FDJ made acquisitions to acquire technological know-how aimed at developing better tools for its operations. As FDJ developed a larger entity from its technical solutions, the company established a new subsidiary, FDJ Gaming Solutions, to sell these technologies primarily to other lotteries. An example of a similar type of business is Camelot, which operates the UK lottery on an exclusive basis but at the same time sells technology and consulting services to other lotteries through its subsidiary Camelot Lottery Solutions. The newest entrant to such activities is my former employer Veikkaus, which has a monopoly on all gambling in Finland. Fennica Gaming, which is 100% owned by Veikkaus, started operations a month ago, and the company’s goal is to sell self-developed games and technology to other gambling companies.

A third exciting model for implementing the internationalization of gambling is to expand B2C operations to other countries. The best example of this in the European lottery world is the Czech lottery company SAZKA, which currently operates internationally under the name Allwyn. The company has bought holdings in several European lotteries. In addition to the Czech Republic, Allwyn operates in Austria, Cyprus, Greece, and Italy. In addition to these, the company is competing for the UK lottery license with Camelot and SISAL. At least Allwyn is not yet in a position to take full advantage of economies of scale in its lottery operations, as the laws of the countries in which it operates do not allow this. However, the situation could change significantly if the lottery business moves from a monopoly to a license-based system.

It is already clear that a company operating a lottery in a country on a monopoly basis may also operate internationally. That, of course, requires a group structure in which international operations are handled through another company. Therefore, expansion of the business is possible, but it involves, e.g., significant competition law challenges, at least as long as the lottery operates under a monopoly. It is interesting to note that the most active expanders have been the forerunner and most advanced lotteries. Does this mean that others will follow them in this area as well?